Senators highly appreciated the work and export potential of the Kazakhstan enterprise. 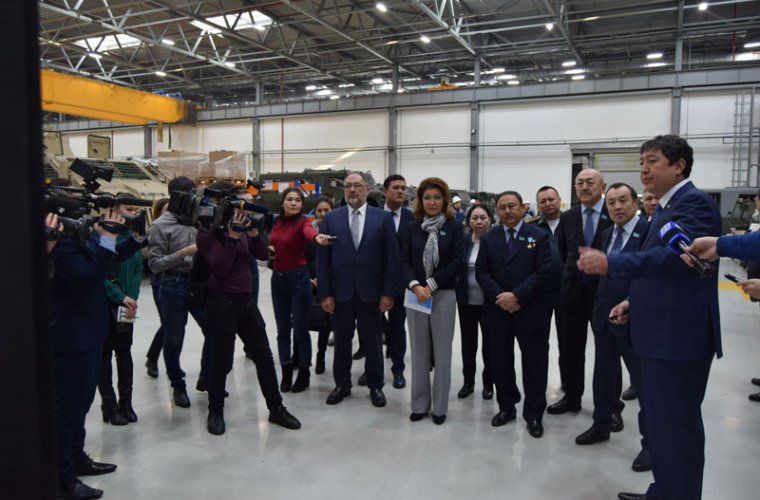 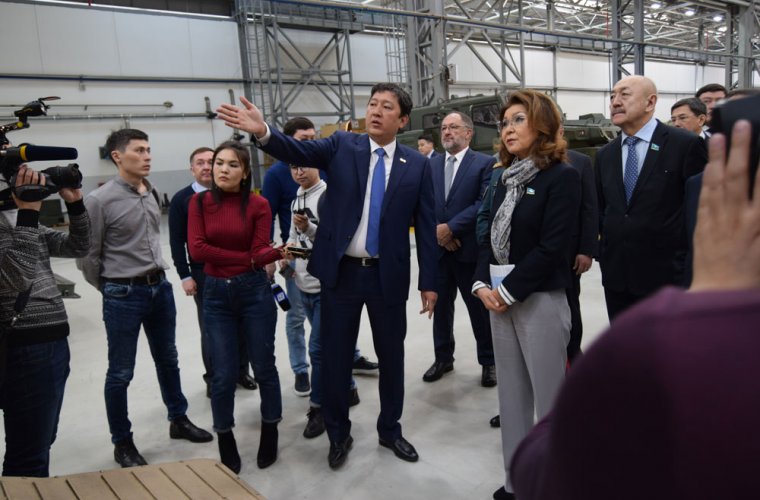 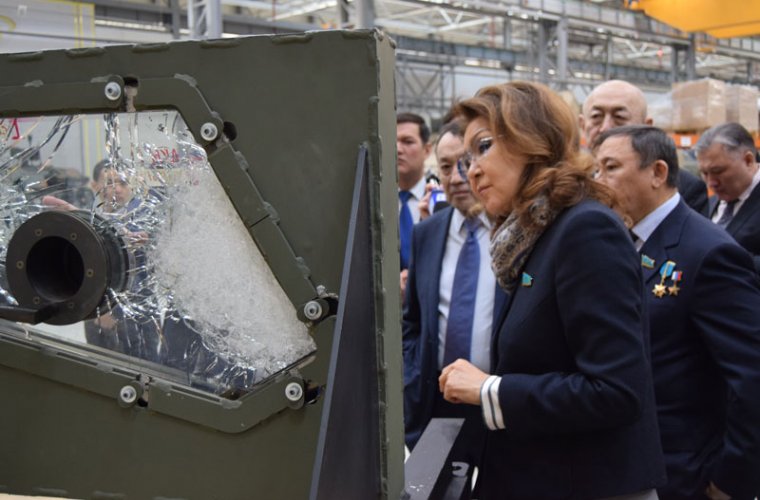 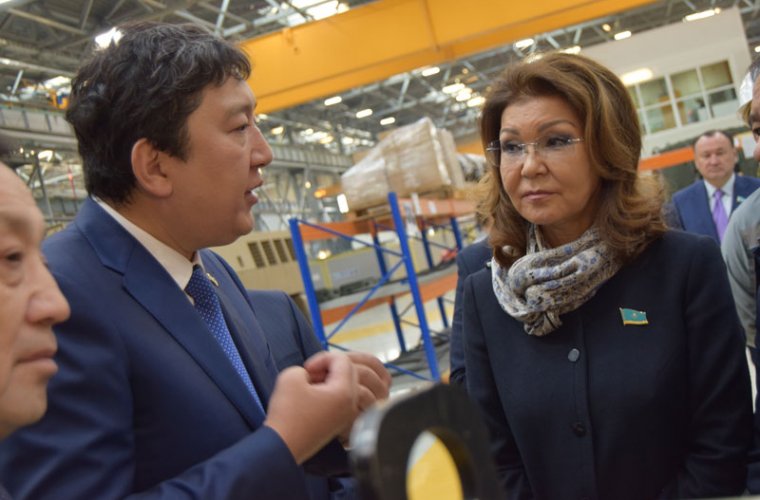 Representatives of the Committee on foreign relations, defense and security of the Senate of the Parliament of the Republic of Kazakhstan headed by its Chairman Dariga Nazarbayeva visited one of the flagships of the country's defense industry – machine-building enterprise for the production of armored vehicles "Kazakhstan paramount Engineering".

Deputies got acquainted with the production line and were able to see firsthand that there is no screwdriver Assembly, and the real production of complex modern technology "from the armored sheet", from the construction of the body and ending with the output of finished products.

High technological capabilities of the enterprise, including work of Design Bureau thanks to which each let-out machine can be adapted in the shortest possible time under specific requirements of any customer were also shown.

The plant, opened on November 20, 2015 by the President of the Republic, produces machines for the needs of the army and special units using the latest MRAP technology. mine resistant ambush protected) capable of withstanding an explosion underneath a force up to 10 kg in a trotyl equivalent, has a high ballistic protection and is ready to repel attacks from ambush.

The company, using a unique technology and having a highly qualified engineering and working staff, supplies its products not only to domestic defense agencies and special operations structures, but also recognized as a full part of the Global supply network of the international paramount Group, which became the basis for a large export potential.

The staff of the enterprise, 99% of which are citizens of Kazakhstan, with appropriate professional training and training abroad (including the state program Bolashak), is 200 people.

At the end of 2018, the demonstration tests for the Ministry of Defense of Kazakhstan of the armored personnel carrier "Barys 6x6" with the wheel formula "6x6"were held.

At the moment, the factory began and will be followed by demonstration tests of the APC "Barys 8x8" with a wheel formula "8x8", carrying the combat module of the domestic development "Ansar" armed with a gun of 30 mm caliber, coupled with a machine gun of 7.62 caliber, remote automatic robotic control.

The level of localization of the enterprise has reached 72%, which allows to reduce the price for the domestic customer and to produce products on the world market that surpass the quality of competitors ' products. The company is constantly working to reduce the cost of its products for the domestic consumer, which will also contribute to the recently adopted amendments of the Senate to the bill "on the defense industry and the state defense order"by the Mazhilis of the Parliament of Kazakhstan.

As the General Director of LLP "Kazakhstan paramount Engineering" Erbol Salimov said, the company not only reduces the commercial value of its products with increasing requirements for domestic customers, but also expands its production and technological line to adequately represent Kazakhstan in the international market of defense products.