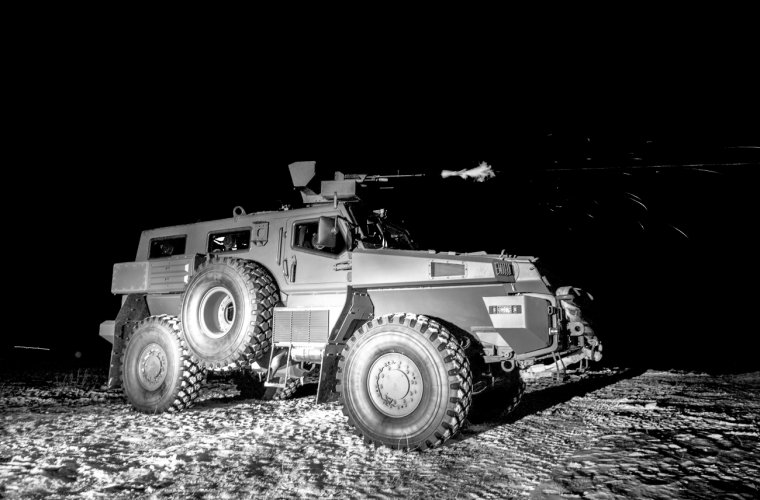 In connection with the messages appearing on the Internet about the Arlan APV manufactured by the Kazakhstan Paramount Engineering LLP plant, we explain:

In 2019, under an agreement with the National Guard, one Arlan APV was handed over to the Russian side for military trials, in compliance with all international and domestic export rules. Further cooperation with Russians did not continue.

All information presented by individual authors and foreign resources is untrue, is an attempt to manipulate public opinion and has no official confirmation. Kenes Rakishev and Imangali Tasmagambetov have nothing to do with the enterprise, which is confirmed by all legal documents.

Moreover, irresponsible statements denigrating domestic armoured vehicles, which have been in service with the Army of Kazakhstan for more than five years, are not only falsification but also damage the image of the enterprise and Kazakhstan as a whole.

The products of the plant "Kazakhstan Paramount Engineering" are recognized among the servicemen of our Army. The new model "Barys 8x8", having passed several stages of testing, was recommended by the Commission for putting into service in the Armed Forces of Kazakhstan.

We suggest that all authors of such materials first of all contact official bodies and primary sources, and not rely on dubious information from the Internet.

Armoured vehicles are not sold to individuals and legal entities. Vehicles are sold only to government agencies that have the appropriate permits and permits for use.

Each contract is approved by the relevant state bodies of the Republic of Kazakhstan and is issued with an Export License, as well as other mandatory documents and procedures.

Kazakhstan Paramount Engineering LLP is a joint venture (Republic of Kazakhstan / South Africa) for the production of armoured vehicles using MRAP technology, which implies high manoeuvrability, and effective protection of the crew and troops from mines and ambush attacks. The production technology is wholly owned by Kazakhstan. The plant's capacity is 300 armoured vehicles per year.